whatNOP dONW7.
The new LMNOP album whatNOP dONW7 is now out everywhere.  Here's the video for the lead track "Things."  Questions regarding the new album can be directed to the cool people at Devious Planet.

Pretty Yard Sale Story
I was at a yard sale recently in a very nice neighborhood being given by a man and his wife and their daughter.  The wife was in the driveway working with the merchandise while her husband sat on a chair in the carport.  While shopping I overheard her ask him, "What are you doing over there?"  He replied by saying "I'm just sitting here looking pretty.  That's my job around here, to look pretty for everyone."  I immediately started chuckling.  What an odd thing to say, particularly since I was the only person at the yard sale.  The wife and daughter didn't even seem to hear him.  My guess is that this guy says so much crazy stuff that they probably don't even hear him anymore.   While paying the man for my handful of Fingerlings (little electronic monkeys that sit on your fingers and make sounds), I said, "Do you mind if I ask you question sir?"  "Certainly, you can ask anything!" he replied.  While leaving I asked, "How can you stand being so damn pretty?"  He then stood up, put his hands on his hips, looked to the side to give a good profile and in an amazingly serious tone said, "Y'know, I have to tell ya...it's tough."  I was laughing so hard that I almost couldn't walk back to my truck.  This is one of the reasons I love yard sales so much.  You come across some of the coolest people who say and do some of the craziest stuff.  I'll be laughing about this one for months. 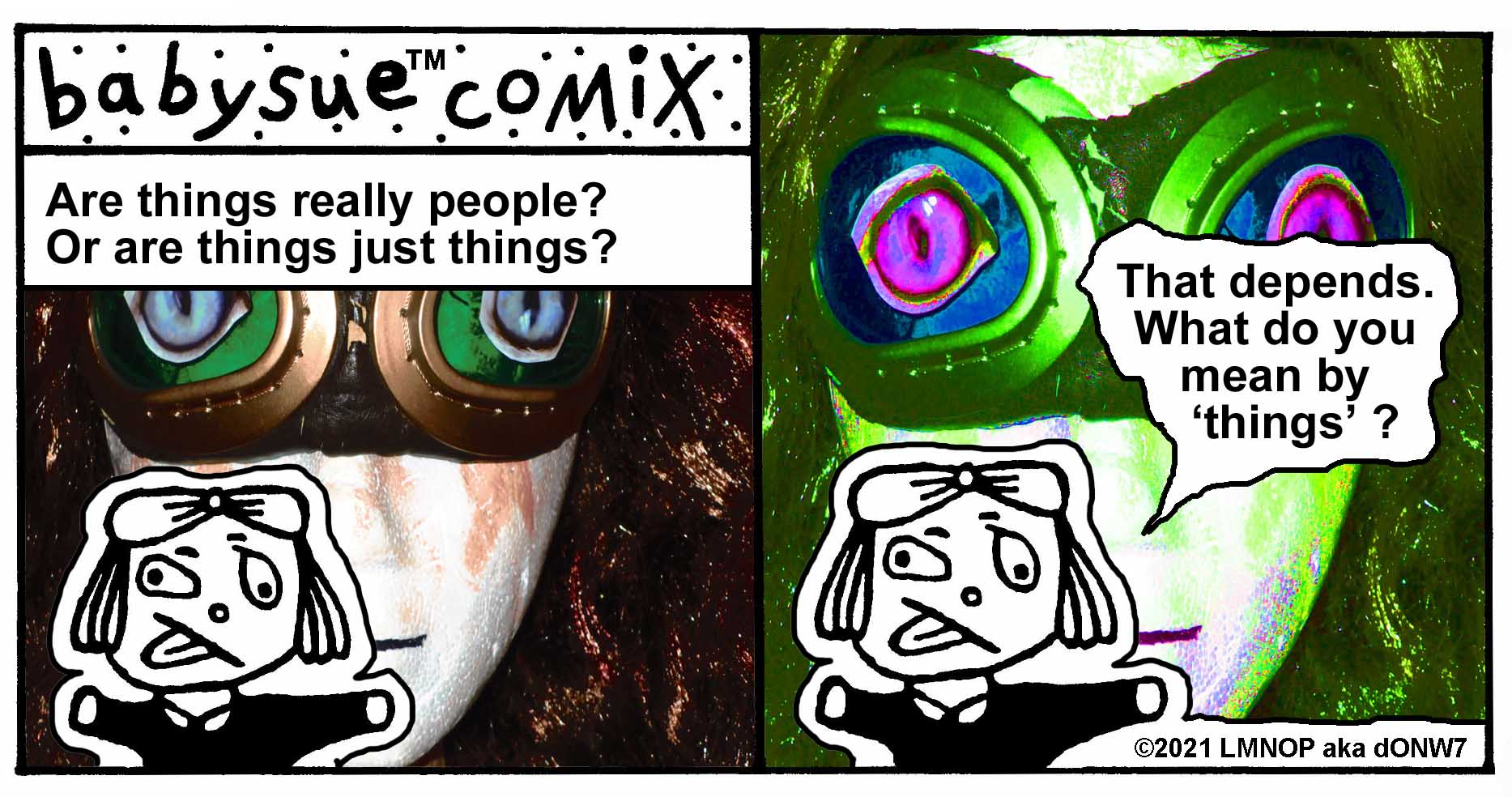 News, Views & Schmooze
A collection of news snippets, blurbs and random thoughts.
The cool folks in doubleVee have a new album coming out soon.  I have been knocked out by every release so far from this super cool and totally entertaining duo.  Thomas Stajcer has a new album called Midwestern States.  Everything this guy puts out is excellent.  I just became aware of what sounds like a very interesting book called Marc Bolan Killed in Crash: A Musical Novel of the 1970s by Ira Robbins.  Mr. Robbins is, of course, the man behind the incredibly influential Trouser Press magazine and website.  I'm hearing really great things about this book. The always engaging one-man band Cat Temper has released a new album with one of the most hilarious titles of the year...Kitty Hate Machine (haw!).  I was recently exposed to the newly revived television show Reno 911.  Hilarious stuff...even funnier than before (?!).  YES.  Has anyone else out there noticed all the unfocused anxiety happening out there?  People are apparently ready as Hell to break loose...but they just don' t know what to do with all that crazy pent-up post-Covid-19 energy.  Real weird.  The Florida-based band Ex Norwegian is playing live shows again now, much to the delight of their ultra-devoted fans.  And a new single will be released soon.  There's a new Beach Boys box out set called Feel Flows: The Sunflower & Surf's Up Sessions 1969-1971.  This one features a whole slew of previously unreleased tracks.  Alex Frankel has a cool new video out for his song "Still Got It."  It's a super nifty upbeat danceable song with neat imagery that's bound to put you in a great frame of mind.  Home recording guru Don Campau has released a new album called Restoration.  This man has affected so many folks with his music, writing and website over the years, it's about time the world at large began listening more closely to his incredibly well-crafted music.  Y'know...of all the pranks that I've ever heard of...the Richard Gere / gerbil story will probably always be a top favorite.  I wish I could say I started that one, but unfortunately I did not.  What I like best about the story is that it started circulating before the internet so people could not fact check any of it.  And its staying power is mind-blowing.  The variations on what transpired were what made it so over-the-top hilarious.  At first it was just a gerbil.  Then it was a gerbil that had its teeth removed.  Then it was a gerbil that had its teeth and claws removed.  A descriptive word was even created for folks into this underground form of sexual gratification ("gerbiling").  I still get major chuckles over that one.  Atlanta-based band The Velvet Overkill 5 have a new song out called "Inside" released under the name Cement Scabies.  The lyrics are absolutely over-the-top bizarre and the upcoming music video will no doubt be an experience few will be able to forget.  The folks in The Armoires are off and running with their latest album Incognito.  At a point in time when so many are excited about returning to a more normal way of life, the band's pure upbeat sunshine pop is bound to strike a chord with listeners around the globe.  Starflyer 59 recently released a new single called "Life In Bed."  The band's sixteenth album Vanity will be released August 2021.  Everything Jason Martin has released over the years has blown me away so I feel certain the same will hold true for this one.  George Harrison's All Things Must Pass will be released in the super deluxe format in August.  Unfortunately it is initially priced so high that few will bite the bait.  John Lennon's super deluxe Plastic Ono Band was one of the very few that was worth the money.  But it was priced well below All Things Must Pass and included lots more music.  There have been a whole slew of super deluxe Be Bop Deluxe reissues lately.  But in August fans will be treated to the most extreme one yet.  The super deluxe reissue of Live! In The Air Age features 16 discs (yow!) which is about sixteen times what was offered on the original 1977 album.  Bill Nelson fans will certainly have a field day with this one.  I'm really enjoying Great Britain-based singer/songwriter Matthew Sheppard's latest song "Problems."  Smart catchy track with an excellent melody line.  Another cool guy currently making nice solid music is Canada's James Alphonse.  This fellow has an incredible voice and appears to be recording songs for all the right reasons.  Ultra-prolific singer/songwriter/artist/producer Fernando Perdomo and drummer extraordinaire Denny Seiwell have released Ram On: The 50th Anniversary Tribute to Paul and Linda McCartney's Ram.  Just as has been the case with everything we've heard thus far from Perdomo, this is an exceptionally well-executed project that is worthy of your attention.  I keep hoping there will be a third Zoolander motion picture.  The first two were so brilliant.  It says a lot about our world that lists of notable people who have died recently always fail to include the really great and truly talented people who have died.  We saw and heard very little about the deaths of Kim Shattuck and Neil Innes (!).  The phrase "notable people" is now a complete joke.  Money, fame and power continue to be the same old boring variables they always have been.  And yet those dull variables continue to be what matter most to the average person.  There's a new EP out from experimental sound artist John 3:16.  Titled Yoldath Aloho. The EP is yet another mindblowing audio experience that can't be compared to others.  Paul Cafcae has a cool new rockin' song and video out called "Longest Day of the Year."  It's a totally fun upbeat experience that'll put you in a great frame of mind.